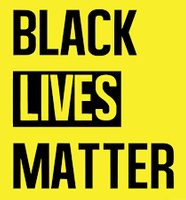 BlackLivesMatter was founded in 2013 in response to the acquittal of Trayvon Martin’s murderer. Black Lives Matter Foundation, Inc is a global organization in the US, UK, and Canada, whose mission is to eradicate white supremacy and build local power to intervene in violence inflicted on Black communities by the state and vigilantes. By combating and countering acts of violence, creating space for Black imagination and innovation, and cantering Black joy, we are winning immediate improvements in our lives.

Black Lives Matter now describes itself as a “chapter-based national organization working for the validity of black life”. It has developed to include the issues of black women and LGBT communities, undocumented black people and black people with disabilities.

On May 25, 2020, George Floyd, a 46-year-old black man, died in Minneapolis, Minnesota, after Derek Chauvin, a white police officer, knelt on his neck for almost nine minutes while he was handcuffed face down in the street.

The death of George Floyd has impacted on not people in America, but the Globe yes worldwide protest against not just the murder of George Floyd but expose the racism deep in white America.

Following high-profile police killings of black men in Baton Rouge and Minneapolis, fatal attacks on officers by anti-police gunmen – and more recently protests in North Carolina after the police shooting of Keith Scott, a black man – the United States is being forced to confront its deep-rooted problems with race and inequality.

A strong narrative is emerging from these tragedies of racially motivated targeting of black Americans by the police force. It is backed up by a new report on the city of Baltimore by the Department of Justice, which has found that black residents of low-income neighbourhoods are more likely to be stopped and searched by police officers, even if white residents are statistically more likely to be caught carrying guns and drugs.

In the background, a campaign called Black Lives Matter celebrated its third anniversary. The movement, perhaps best known by its hashtag #BlackLivesMatter, grew in protest against police killings of black people in the United States. It has now crossed the Atlantic, with events and rallies held in the United Kingdom.

The Empire Windrush brought Jamaican migrants to the UK in June 1948. Windrush Day is a celebration of the staying power of that generation. Much has changed in the intervening years but there are still many obstacles to overcome, as the Black Lives Matter movement shows. The Black Lives Matter Champaign, offer all public and private sector organisations to look at how services are delivered and its workforce at all level from shop floor to the board room where decisions are made. Cultural Diversity Network support the BLM Movement and stand in solidarity with Champaign challenge and fight institutional and systemic racism in education, health, housing, employment criminal justice system police courts CPS Probation prison.